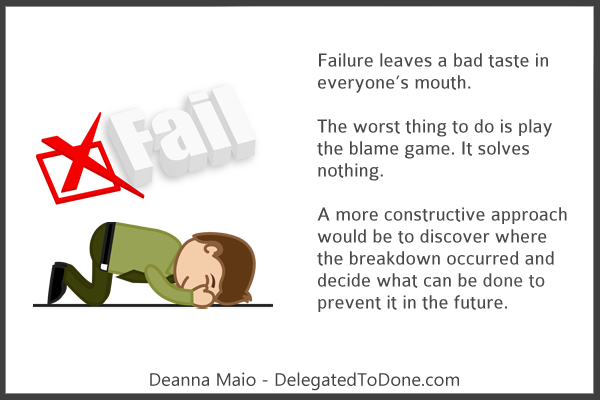 Are you a project manager or the member of a project team? While the project manager is the leader of your team, it is the responsibility of every team member to make a success of the project itself. To help ensure that your project will make it over the finish line with flying colors, learn the ten biggest reasons why projects fail in the first place.

This is an easy one. For most people on a project team or in charge of one, failure can be defined as not closing the project according to its initial parameters. What are those parameters? Well, they could be related to any number of things including:

Could these potential failures be avoided? In a word, yes. But, in order to figure out how, it is necessary to investigate all of the reasons why projects fail.

Failure leaves a bad taste in everyone’s mouth. The worst thing to do is play the blame game. It solves nothing. A more constructive approach would be to discover where the breakdown occurred and decide what can be done to prevent it in the future.

[Tweet “Now you know why a project can fail so you can steer clear of the pitfalls.”]