5 Horrible Mistakes to avoid when you turn Performance Problems Around 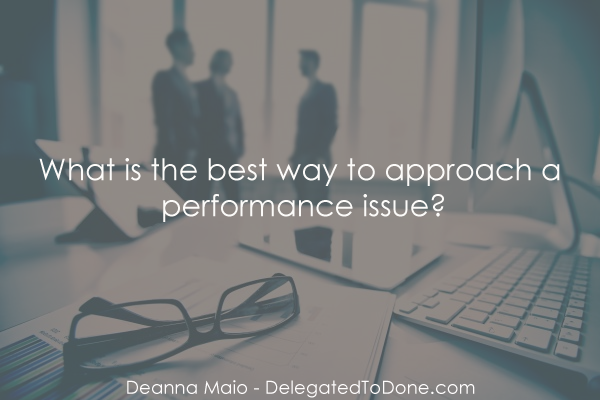 Anyone who has ever been in charge of a group of people knows how hard it is to deal with performance issues. They’d rather be roasted on the spit instead of facing another employee face-to-face to discuss deficiencies with their performance within the company and/or team. To make the process a bit easier, here are five horrible mistakes to avoid as you conduct the process.

Why is it that many managers are hesitant to discuss performance issues with their staff? Some second guess themselves and think that the issue is with them. Did they explain job expectations correctly? Will the employee be defensive when they are addressed? What is the best way to approach a performance issue?

There is something to be said for getting to know your team members. We aren’t talking about just their names but other aspects of their life at the company. How do they learn new information? What do they expect from you? What do team members consider to be a successful day’s work? What do they expect from themselves on the job? Knowing your staff makes it easier for managers to address problems with job performance as they arise.

5 Mistakes Not to Make When Addressing Performance Problems

[Tweet “Performance problems can be a tricky thing. Tread lightly but firmly. https://www.delegatedtodone.com/5-horrible-mistakes-to-avoid-when-you-turn-performance-problems-around”]