Climb Aboard – Google Hangouts Are Here To Stay 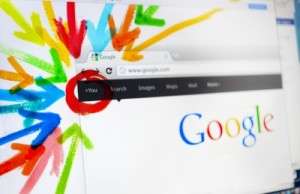 When Google first introduced their Hangout function, it was viewed with skepticism by many. Although it’s bedded in quite nicely now, many still wonder if it’s here to stay or not.

With the endless launching of new services online, as the big players try to capture as many people as possible from each other, many of them are viewed as copycats. There is no real way of knowing which ones will fail and quietly fade away, and which ones will take off.

Remember when Yahoo was the king of search engines, and then an upstart called Google came along? Remember when Friends Reunited was the go-to social network, to be eclipsed by Myspace, which was in turn eclipsed by Facebook?

Well, those rises and falls show the companies that the market is flexible, that masses of users can come and go, so it’s good business to come up with the next big thing. Facebook was catapulted to the giant it is now, due to good timing – it was in the right place when the spread of smart phones brought a huge new swathe of people online.

Its position looks unassailable, but to see it that way would be a mistake, and a company which is trying all it can to unseat the leader is Google.

They’ve tried various different ideas, which were all viewed somewhat dubiously when launched. What they do have which the others don’t though, is great integration possibilities, and that’s why Hangouts are here to stay.

Despite appearances, not everyone in the world uses Facebook. Many view it as a waste of time, somewhere that people with nothing else to do post pictures of cats. Many people prefer to keep in touch via something they used before the social networks sites came along, and that’s email.

Who is one of the biggest email providers? Google.

That means that Google can integrate their users’ accounts to have massive reach, and this is where the Google+ and the Hangout service start to come into their own.

Businesses who viewed social sites with suspicion began using Google+ because it only took a couple of clicks to get to all their email contacts. This means that rolling out the Hangout service to Google+ users only, while seemingly a mistake, was no barrier at all to the vast numbers already using the other services!

When you throw in the fact that a Hangout can be instantly converted to a business’s YouTube channel with a single click, the potential reach for a business is not hard to see.

Hangouts themselves are quick and easy to use, offering either live or recorded contact with customers, or ways to acquire new customers. That makes them a big draw for business owners, too – many of whom just don’t have the time to learn complex new software.

Put all this together and it’s easy to see that Google Hangouts are just about reaching the tipping point – the fact that businesses are now advertising their Hangouts on Facebook must have Google HQ slapping themselves on the back.

And now I’ve got a gift for you. I’d like to invite you to claim your copy of my new training “3 Mistakes Business Owners Make That STOP Them Getting More Clients … And How You Can Avoid Them” when you visit http://www.EndMarketingOverwhelm.com/3-mistakes

You’ll learn the 3 common mistakes most business owners make that keep them from getting more clients and powerful, but easy to implement, strategies to avoid them, recoup more of your time, and learn how to spend it more wisely to get more clients and more results.