A private and scary declaration of Independence 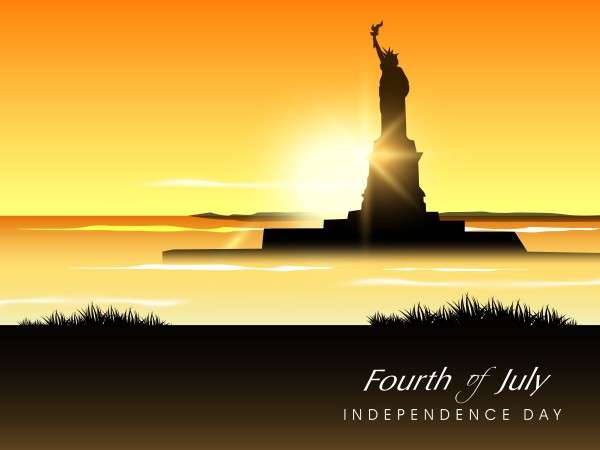 If you’re here in the USA, Happy Independence Day to you. I hope you are spending the day enjoying yourself and reflecting on the many freedoms we have like I am.I have a confession to make and as I write this and prepare to hit send my heart is pounding.

I’ve been afraid of something for a long time…20 years.

I’ve confronted it several times and had momentary victories but haven’t ever conquered it.

I’ve had a dream my entire life and when I was 18 years old…I absorbed a belief that I couldn’t achieve it. And over the years I’ve taken on more negative and limiting beliefs to support NOT having that dream happen.

You see I felt that wanting what I wanted and what I knew I was supposed to have (aka my purpose) was:

And then as I grew my business over the last 6 years and it got worse. I created even more beliefs to support that my dreams weren’t possible.

I would tell myself I was:

But still the dream inside me hasn’t let go…even though I’ve done everything I could to not make it happen and hide from it.

I even blamed other people for my choices and actions. And inside I knew that the only person I had to blame was myself.

God has given me a dream and a purpose.He’s put it in my heart and soul. He has given me the talents and determination to make that dream a reality.

And I’ve been wasting them because I’ve been afraid. Maybe you can relate.

Maybe you have a dream and you know you’re not fulfilling it.

Over the months and years it’s gotten quieter at times, but it never has gone away.

Well, today is July 4th here in the United States. It’s a day that celebrates the beginning of our nation and our independence.

I’ve decided that I need independence too.

I want to stop allowing my fears to hold me captive.

I want to be free.

And so I am making my own Declaration of Independence today and (even scarier than saying it to myself) I am sharing it with you.

You may know that I love music and performing. You may have even seen some of my performances live or on Youtube.

But what you might not know is that I’ve been performing for 35 years. At age 2 my mom put me into dance class and my love for performing and entertaining others began. I believe it was already inside me and dance class just allowed it come out. I know now as an adult that God gave me this love and drive to do something good in the world with it.

I love it. I’ve never felt better, more loved, more in love with life, more happy, and more and free than I when I am dancing, singing, acting or entertaining others.

Performing and entertaining professionally and full time is my dream.

I danced and competed in class 4 times a week plus weekend practices until I was 14. I was a national tap dancing champion. During my middle school years I started to explore singing and embraced that next. I also started acting at the same time. I wanted to be the female ‘Gene Kelly.’

I watched and read anything I could get my hands on related to dancing, singing, and performing.

I wasn’t going to be just a “triple threat” but I was going to do it all.

Dancer, Actor, Singer, Choreographer, Director, Producer…that was, and still is, my dream.

And I pursued it.

In high school I auditioned for every play…and got into most of them. When there wasn’t a part for me, I was the costume designer or stage manager. And I was good at it.

My senior year I had the lead in all three school productions, which was a first in the school’s history. I even got the lead in the musical even though I hadn’t been in one before.

I competed at the state music solo and ensemble competition. I was honing my craft and becoming quite good.

And then after my performance in the musical…

It all started to deteriorate.

Someone that meant a lot to me made a comment that they preferred my acting in the “straight plays” to my singing and dancing in the musical.

I took that harmless comment to mean I wasn’t good enough and I’d never be good enough. I was afraid.

And from then on, over the next 20 years, I hid from my dreams.

I performed professionally for 6 months when I was 21.

During that gig I was acting, singing, dancing, teaching dance and vocals, costuming and I was great at it.

But, I didn’t aspire to more after that gig was over. I made excuses why I couldn’t have my dream become reality.I was afraid.

I acted for 5 years in Portland from 2000-2005 but never took it further than some small professional theaters. I was afraid.

I started singing professionally 7 years ago but I haven’t recorded an album like I said I wanted to or pursued it. I’ve taken the gigs that have ‘fallen in my lap’ but never given it much effort. I’ve not pushed myself to be more like I knew I could. I was afraid.

My fears controlled me. But without going for it and trying to be more…

I was safe…and miserable a good part of the time.

I’ve been selfish keeping my purpose and gifts from the world. But no more.

June 25, 2008 was MY Freedom Day from my comfortable, safe corporate job to start my business.

Today I walk away from my fears and hiding from my dreams. I choose freedom.

Today is the day I declare that I have this dream, this music inside of me that has been bursting to come out.

I have music inside me.

I have a deep, encompassing passion to perform for others.

It’s time for me to be free and become who I am meant to be.

Perhaps you have a dream inside you that is bursting to come out and you’ve been too afraid to move forward on it and declare it.

It doesn’t have to be music for you.

Whatever it is, I know there’s a thing, a dream, a gift inside you.

A project you feel passionate about?

A creative endeavor or hobby?

Whatever it is, I’m willing to take a stand for me and you.

If I can love myself and the world enough to stop being controlled by my fears and take a stand and declare my freedom and commitment to my dreams, you can to.

I love and believe in my dreams and I want to invite you to share in the experience and the journey as I embrace them going forward.

So I’m willing to lead and say I’ll go first. I’m illuminating a path by saying I’m going to do what’s scary and uncertain.

I want to be an example so you can give up your fears and stop suppressing what’s inside of you.

And just because I have this love and dream, don’t think it means I’m going away. I’m not closing up shop or stopping my training and consulting business.

Instead, I’m going to be more of who I truly am.

It’s going to make me so much more alive and present and effective in all I do. And I’ll be adding performing and music into the business more…somehow.

I don’t know what it looks like yet but, I do have a few ideas that I’ll share with you as they become more concrete.

I have the faith that when I am more fully myself, during the “work day” and in my personal time my performing and music is going to have a positive effect on the world and me.

God put me on this planet to heal and teach others through my music and I can’t wait to share that with you.

As I write this I’m teary eyed. And my breath is fast. My heart is pounding and my stomach is a little topsy-turvy.

Admitting this dream to you is scary.

Admitting it myself hasn’t been a cakewalk either but, I am starting to feel the fear dissipating and it’s getting replaced by excitement.

See I know there’s nothing really stopping me from having what I want.

I have the intellect to learn any skill.

I have the work ethic to practice hard and get good at anything put in front of me.

And with those two things…there’s nothing to stop me.

And that’s scary. Now that I’m making this declaration to you, I’m creating some accountability to share my journey with you.

So I’m asking for your help.

If you have a dream you’ve been putting off, pushing aside, denying or trying to stamp down, I hope this inspires you to let go of your fears and limiting beliefs.

If you can resonate with anything I’m sharing with you today, I hope you’ll cheer me on as I integrate my entire self into my entire life and make performing and music a part of my career, business, and day to day.

I’ll be telling you how it’s going from time to time and will be very transparent and vulnerable with you.

I hope I can count on you to honor my experience and send me positive vibes and prayers.

And I’ll be doing the same for you.

Have a thought, encouraging word, or comment you’d like to share? I’d love to hear from you. I could use the encouragement. And if this inspired you or something I shared resonated for you…I’d love to hear that to.

They say if you leap the net will appear. Today I leap.